Estepona joins the European Heritage Days with guided tours of the historic quarter. The Town Hall and the Culture Department of the Regional Government of Andalusia have organized guided tours on October 15 and 16 to highlight the historical heritage of the city and the route of artistic murals.

The City Council of Estepona has announced that it is joining the European Heritage Days by organizing guided tours to highlight areas of great historical value in the city center.

The councilor attached to the Historical Heritage area, Daniel García Ramos, reported that the Consistory and the Department of Culture and Historical Heritage of the Andalusian Government have organized for this Friday, October 15 (6.00 p.m.) and Saturday, October 16 (10.00 a.m.) ), free guided tours of the Old Town so that residents and visitors have a better understanding of the city’s cultural heritage.

The visits will be guided by the municipal archaeologist, Ildefonso Navarro, and the municipal restorer Carmen Pérez. Participants will be able to discover little-known aspects of places as emblematic as the Clock Tower, the Church of Santa María de los Remedios, the Roman Tower of Calle Villa and the Plaza de las Flores.

In addition, there will be a visit to the Municipal Archaeological Museum and information will be provided on the latest actions carried out by the Consistory for the recovery of one of the jewels of Estepona’s heritage, the Castle of San Luis.

The visits will include the discovery of some of the most remarkable and curious works of the Artistic Murals Route, which will be explained by the Mayor attached to the Delegation of Historical Heritage, Daniel García Ramos.

The Route of the artistic murals of Estepona, which already has 60 works of very different styles, was created in 2012 with the aim of creating a large open-air museum and bringing culture to the neighborhoods. Thanks to this type of creative painting on the facades of buildings, Estepona is at the forefront of artistic interventions in outdoor spaces, along with other Spanish and European cities.

Anyone wishing to participate can register by calling 666506885 – 606229957. They can also do so by sending an email to jep.dpma.ccul@juntadeandalucia.es. Visits will last an hour and a half and groups will be made up of 15 people.

The European Heritage Days 2021 take place in the month of October in the European Union with the aim of raising awareness of the cultural richness of the continent and achieving a better recognition and understanding of cultural diversity in order to safeguard this heritage. More specifically, this edition, whose slogan is “Accessible and inclusive heritage”, aims to reconsider and expand the way we bring heritage closer to citizens and to be able to work with as diverse audiences as possible.

In the case of Estepona, the Mayor of Historical Heritage highlighted that the “Estepona, Garden of the Costa del Sol” project has succeeded in bringing heritage closer to people with mobility problems, since the redevelopment works carried out in the old city have made it possible to make pedestrians and eliminate architectural barriers in more than 130 streets of the historic center. 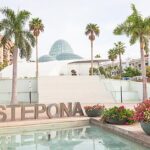 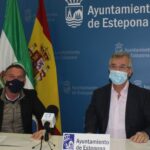