The Malagan architect and urban planner Salvador Moreno Peralta will be in charge of the development of the socio-cultural equipment construction project with commercial area that will be carried out in Avenida de España in Estepona, which will enhance one of the main axes of the municipality and will allow the opening of the city to the sea, as announced on Monday by the mayor, José María García Urbano.

Thus, the initiative will mean the creation of a new pole of tourist attraction in accordance with the project “Estepona, garden of the Costa del Sol”, which will be presented shortly.

Architect Moreno Peralta has been responsible for notable projects such as the General Urban Plan (PGOU) of Malaga in 1983, for which he won the National Urbanism Award; the recovery of the Parador de San Rafael as the seat of Andalusian tourism or the building of the town hall of Torremolinos, among other projects.

Likewise, the professional has also stood out for his writings and theoretical reflections on the different city models and has been responsible for reference works such as the engineering building of the Polytechnic of Malaga, the rehabilitation of walled enclosures of Melilla, which earned him the Europa Nostra award in 1999, or the construction of the Faculty of Law of the University of Malaga.

The mayor explained that Estepona has undergone a major modernization and transformation in the last decade, which will be complemented by this strategic project for the city, which will allow the expansion of cultural and leisure services with a new tourist landmark. and to create a new urban space in a strategic enclave.

It will thus create a reference installation on a plot of 3,162 square meters, which is in an unbeatable location next to the promenade and close to important areas such as the marina and the city center.

The future socio-cultural equipment, which includes a commercial area, will be developed essentially below the level of Avenida España, taking advantage of the large slope towards the promenade and the beach, thus connecting the city to the sea. On the roof of the building, which will be at the level of the avenue, a large open pedestrian area will be generated as a viewpoint over the Mediterranean Sea. 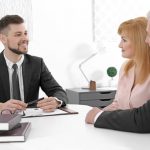