Spain beat for the seventh consecutive year, all since the implementation of the Entrepreneurs Law in 2013, granting Golden Visa to foreign citizens. These residence permits simplify the usual procedure in certain cases, such as being a highly qualified professional, setting up a business in Spain or making an investment. A total of 8,061 such visas were granted last year, according to the parliamentary response given recently by the government to Bildu MP Jon Iñarritu. This represents an increase of 22.6% compared to 2018. Here again, if we exclude the causes of family reunification or relocation of companies, the most frequent case is the purchase of a house worth more than 500,000 euros.

A total of 681 foreigners obtained a Golden Visa in Spain last year for real estate investments. This procedure, similar to that in force in other countries of the European Union and criticized by some NGOs, requires the payment of more than 500,000 euros for the purchase of one or more properties on Spanish soil. Last year’s figure is the highest in the series, which was 2016 so far with 658 allowed. In 2018, there were 599, which means that in interannual terms, the growth in 2019 of this type of visa was 13.7%.

The only cases for which more visas were granted last year under the 2013 rule are intra-company transfers (1,361 permits), highly skilled professionals (1,650 permits) and family reunification (3,530 permits). The first two cases relate to changes of residence for professional reasons, while the third is a tailor’s box that includes all first-degree relatives of those who obtained a golden visa in another category.

In addition to family reunification, the rapid procedure for obtaining residence in Spain has other advantages such as the fact that it can be requested from within the country (you normally have to wait abroad for it to be granted) and that it is renewed after two years as long as the cause for which it was granted persists. In return, it is necessary to prove that you have sufficient financial means (2,130 euros per month for the applicant and an additional 532 euros for each member of the family), that you have no criminal record and that you are subject to to an anti-money laundering procedure.

Despite this, NGOs such as Transparency International report that they have often been a gateway to Europe (more than a dozen EU countries grant residency and even nationality with similar procedures) for people suspected of corruption or of having amassed fortunes by illegal means in their country of origin. The cases most questioned are precisely those of real estate acquisitions and capital investors. The latter, which was granted last year to 20 people in Spain, is obtained by buying 2 million euros of Spanish public debt securities or by allocating 1 million euros in shares or participations in Spanish companies or by bank deposits.

One visa for two purchases
Daniel Cuervo, Secretary General of the Association of Construction Promoters of Spain (APCE) points out that from the point of view of real estate investment, “the data does not allow us to say that[cette procédure] has a significant impact on the sector or on the economy in general. But the representative of the association of real estate developers believes that the profiles that attract this type of initiative are interesting “because of their purchasing power” and he compares it to the search for tourism of a higher economic level. This is why he even recommends lowering the current limit, more in a context of economic uncertainty like the one that is coming. “Portugal has been a very active focus for foreign investors looking to get that golden visa and there the limit is 250,000 euros. If we see how it works in other countries why not lower that number to make those home sales a bit more dynamic,” Cuervo asks.

According to data from the Association of Registrars, last year foreigners bought 3,858 homes in Spain for more than half a million euros. Of this total, 1,393 transactions were concluded with third-country buyers (those who can apply for an accelerated residence permit, as the others have this right due to their status as EU citizens). On this basis, we can say that almost one in two purchases of luxury homes (48.9%) qualify for a golden visa. This calculation is very approximate, since sometimes the same person may have purchased more than one house and in other cases the visa is not obtained for a single purchase of more than 500,000 euros but for several purchases of a lower amount which together exceed this amount, but in any case it expresses an increase compared to the 2018 data. Then, with the same calculation method, the percentage of golden visas obtained on the total purchases of houses over half a million was 41.9%.

The main permits of China
By nationality, China once again won the majority of permits granted, with 1,686. Indian citizens are in second place (947 visas, the vast majority of them for professional reasons) and Brazil in third place with 549 permits. In general, there has been an upward trend in recent years in the granting of permits to nationals of American countries to the detriment of other origins, such as Russia, which were more dominant in the first years of the law. Thus, Colombians are the fourth most recurrent nationality (531 visas), followed by Americans (507 visas) and Mexicans (503). Russia is already in seventh place, with 340 visas.

The Eurasian giant remains relevant if we consider exclusively the permits granted for real estate expenditure above 500,000 euros. With 42 visas, they are in second place behind China, which dominates this statistic: last year, its citizens obtained 455 golden visas for real estate investments. Six other countries have obtained at least 10 visas for this reason. These are Iran (21), the United States (16), Mexico (13), Saudi Arabia (11), Egypt (10) and the Philippines (10).

The parliamentary response given by the government, following a question recorded in early March, also provides data for the first two months of 2020. In January, 50 gold visas were issued for the purchase of homes worth more than half a million, and in February, another 31. The total number of golden visas granted during these two months for all cases was 1,345 (782 in January and 563 in February), which means that, if we follow this fortnightly rhythm, the Spain was heading for a new record before the outbreak of the covid-19 epidemic. In total, since these types of residence permits were put into circulation at the end of 2013 and until February 29, Spain has issued 35,422 visas. And in more than one out of ten cases, 3,746 to be exact, they were granted on the condition of a real estate investment. 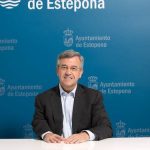