The cost of acquiring a property in Andalusia is reduced

The Andalusian government has approved a decree-law that lowers the general rate of transfer tax and stamp duty (ITPAJD), in order to stimulate the economic recovery of Andalusia. The decree-law will enter into force the day after its publication in the Official Gazette of the Junta de Andalucía (BOJA).

The measure consists of the reduction of the general tax rate applicable to the transfer of immovable property (Transfer of property for consideration) and the constitution and transfer of rights in rem thereon, with the exception of those of guarantee, going from the current rates of 8%, 9% and 10% to a single general rate of 7% . Similarly, the general tax rate for notarial deeds (Stamp Duty) is reduced from 1.5% to 1.2%.

Thus, in the case of a transfer of property valued at 180,000 euros between two individuals, according to the rules existing before the entry into force of this decree-law, the taxable base was multiplied by the rate of 8% of the first bracket of the tariff (which applies up to 400,000 euros), which gave rise to a tax obligation of 14,400 euros. Since the publication of the decree-law, the tax to be paid is 12,600 euros after application of a general rate of 7%. The saving thus made is therefore 1,800 euros.

On the other hand, the public deed by which the transfer of a new home with a value of 200,000 euros is formalized by a development company would be taxed with the regulations in force (Legislative Decree 1/2018) at the general rate of 1 .5%, which would result in a tax liability of 3,000 euros. With the reduction at the general rate of 1.2%, the tax payable is 2,400 euros, which represents a saving of 600 euros.

Reactivation of the real estate sector and incentive for new construction

The measure, which will be in effect from the day following its publication in BOJA until December 31, 2021, has a dual objective. Firstly, promote the revival of the real estate sector, by lowering taxation linked to the acquisition of second-hand housing ; on the other hand, to encourage the supply of new constructions at more affordable prices, by reducing the tax costs levied by the AJD mode. In short, the ultimate goal is to lighten the tax burden on access to housing.

The Andalusian government adopts this decree-law in continuity with the urgent measures approved by the Council of Government to alleviate the crisis situation generated by the Covid. In particular, in the fiscal area, it is necessary to continue implementing fiscal support measures to mitigate the possible impact of the economic scenario of confinement on the Andalusian economy.

This measure deepens the tax reduction approved in April 2019, which resulted in:

With regard to personal income tax (IRPF), the reduction of regional brackets to align them with the State scale (from eight existing brackets in 2019, they will drop to five in 2023) and the reduction rates applicable in increments gradually (from 10% to 25.5% in 2019, they will increase to a range of 9.5% to 22.5% until the 2023 financial year), measures which benefit 3 .7 million taxpayers.

The establishment of reduced tax rates in the transfer tax and stamp duty (ITPAJD). Thus, a reduced rate has been established for large families within the framework of the tax on the expensive transfer of property of 3.5%, against 8% previously, for the purchase of a main residence up to 180,000 euros. .

Abolition of the increased rate of real estate transfer tax (AJD), in which the VAT exemption (which had been in force since 2003) is abolished, so that it increases from 2% to 1.5% .A 99% reduction in inheritance and gift tax (ISD) for groups I and II.

Subsequently, other measures continued to be adopted, such as the reduction of the rate of tax on patrimony by Law 3/2020, of December 28, of the budget of the Autonomous Community of Andalusia for the year 2021.

The perfect timing to invest in Andalusia. When it comes to location, Estepona is the rising value. And to accompany you, Rendez-Vous Immo SL with Étienne and Nicolas who has just come on board.

The new hospital in Estepona is open 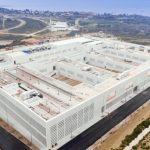