The Government of Andalusia promotes two tourist resorts in Estepona

Symbol of the dynamism and attractiveness of Estepona, two public-private partnership projects, Globalia Full Life Resort Guadalobón and Arroyo Vaquero , were approved by the Board of Directors on Tuesday.

The Government of Andalusia has entrusted the Project Acceleration Unit with an initiative for the construction of two tourist complexes in the municipality of Estepona, in the province of Malaga. Thanks to this public-private partnership agreement, the General Secretariat for Public Administration is empowered to carry out as many actions as necessary for the development and implementation of this plan. These are the Globalia Full Life Resort Guadalobón and Arroyo Vaquero projects, which represent a total investment of 630 million euros and foresee the creation of more than 1,400 jobs.

It also provides for the development of urbanization and the integration of strategic general systems of great importance for the city, such as the “Sports City of Arroyo Vaquero”, with an area of 600,000 square meters, or the connection and the connection of the urban fabric by the construction of roads and other corresponding public facilities.

The councilor for tourism, Juan Marín, announced yesterday this decision approved by the board of directors.
The initial investment, including all infrastructure, urbanization and buildings, is estimated at 500 million euros and it is estimated that 985 stable jobs will be created.

The Guadalobón plan also calls for the construction of a high-end complex, comprising a 610-room hotel, 405 apartments and 10 individual villas. The initial investment is estimated at 130 million euros and 460 jobs should be created.

On January 13, Globalia submitted the necessary documentation for the project to be awarded to the Acceleration Unit of Proyecta, a department whose scope of action includes measures that contribute to the achievement of the fundamental objectives of Andalusia established in Andalusia’s autonomous statute, according to the Junta de Andalucía.

These include the creation of stable and quality jobs in all sectors, the use and enhancement of natural and economic resources according to the principle of sustainability, as well as the promotion of public and private investment.

As specific functions of this unit, it is established that it will provide assistance and advice to persons or entities promoting the procedures necessary for the start-up and execution of the project. It will also ensure coordination with the various regional ministries and instrumental entities with powers over procedures affecting investment projects.

The Andalusian accelerator is promoting three hotel projects for €411 million. 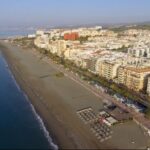 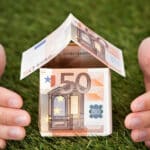