The municipal team of Estepona has approved a modification to the 2020 budget to incorporate the 2019 surplus which amounts to 7,884,225 euros with which it hopes to face the health crisis. In order to make this amount available, it will be necessary to wait for the central government to authorize the municipal councils to use these amounts for expenditure arising from the social and economic needs for the recovery of the city after Covid-19.

The mayor of Estepona, José María García Urbano, pointed out that the town hall has presented a surplus in the last six years and that “the money brought in by the inhabitants and saved by the government team, should be managed exclusively by the legitimate representatives of each municipality”.

The mayor said that among the measures taken by the city council after the epidemic, there is an “unlimited” post to meet social needs, the mobilization of 80 million in public tenders, minor works of a value of two million euros and the encouragement of local trade.

The City Council of Estepona has launched a call for tenders for the construction of a river corridor that will run parallel to the Arroyo de Las Cañas, a new leisure and sports facility that will have a budget of 209,132 euros in a first phase and whose execution time will be 75 days, as announced on Monday by the Consistory.

The objective of this infrastructure will be “to create a pedestrian access on the banks of the river that will connect Lima Street, in the Selwo Aventura Park area, with the stretch of coastal corridor that has been built at the mouth of the Taraje stream” , according to the local administration.

Thus, the river corridor, which will be more than 800 meters long and three meters wide, will benefit the inhabitants of the residential areas of Torre Vigía, La Resinera, Las Joyas and Selwo and will serve as the backbone of the area and will allow the regeneration of natural areas along the river bed.

The city council pointed out that the first phase of the works has a budget of 209,132 euros (excluding VAT) and envisages the connection of the Selwo Aventura park to the area around the highway. In addition, the works will allow the environment to be regenerated, since “300 trees will be planted to create a green space next to this river corridor” and a public lighting circuit will be installed with 36 low-consumption LED streetlights, as well as urban furniture.

The action “will improve the banks of this stream and add a new attraction to the area, since citizens will be able to recover for their enjoyment a space that until now has been inaccessible”, the local administration said.

On the other hand, the river corridor “will have a concrete coating stamped on a platform that will allow pedestrians and cyclists”, so it will be possible to take healthy walks and bike rides since it will be connected to the coastal corridor which is promoted along the coast of Estepona, they said.

In this regard, the City Council recalled that the stretch of coastal corridor in this area of the suburbs “currently connects the residential area of Los Granados with the Hacienda Beach and the Healthouse Las Dunas hotel.

Companies interested in submitting offers to carry out this project will be able to do so until May 27. This project is included in the productive investment plan set up to mobilize 80 million euros which will generate jobs in the city and boost the local economy.

The Municipality of Estepona has put out to tender the works to improve the road that goes from the Refuge to the top of Los Reales in Sierra Bermeja. The works have a budget of 132,009 euros and will last for a month and a half, starting from the signing of the contract with the concessionaire.

This work will aim to improve the road that gives access to the telecommunications antennas in this area; it is a necessary action to adapt the surface of this mountain road, damaged by successive rains.

The project includes the complete renovation of a road almost two kilometers long that gives access to the area of Los Reales and will try to level the land and give a transverse slope towards the ditch to avoid water on the road. In addition, several sections of the ditch that are deteriorated will be demolished as preliminary works.

The road will be asphalted and ditches 80 centimeters wide and 40 centimeters deep will be built. In addition, two passages will be built to channel rainwater and prevent water from the ditches from circulating on the asphalt pavement.

As it is a natural area, the works include a forest fire prevention plan. The peak of Los Reales is the highest peak in the Sierra Bermeja, at 1,450 meters, and it has great ecological value. In terms of flora, the most striking species are the Spanish fir forests, although there are also maritime pines, cork oaks and junipers, among others. As far as fauna is concerned, the mountain goat, roe deer or meloncillo and a large presence of birds of prey stand out.

The Deputy Mayor of Development, Infrastructure and Tourism, Ana Velasco, announced that companies interested in submitting offers must do so electronically until May 27 at 2 p.m. This municipal initiative is included in the City Council’s Productive Investment Plan, which will mobilize 80 million euros to create jobs and stimulate the local economy.

The objective is to modernize and transform this infrastructure to give continuity to the actions of urban improvement and transformation that, since 2012, have been carried out by the town hall through the “Estepona Jardín de la Costa del Sol” initiative, which has already involved the redevelopment of 120 streets, totaling more than 17 linear kilometers of public roads.

The work will consist of renovating the paving and furniture in a homogeneous way, as well as reorganizing the spaces in order to eliminate architectural barriers. The vegetation will also be repopulated and gardens and trees will be planted in accordance with the environment, in order to contribute to a more sustainable city, he explained in a statement.

On the other hand, a complete renovation of the sewage, supply, public lighting, irrigation and natural gas distribution networks will be undertaken, in addition to the improvement of the telecommunications infrastructure.

This work will be co-financed by the operational program of the European Regional Development Fund (ERDF), with the municipal council contributing 20% of the cost of the project. Mr. Velasco stressed that the objective is “to advance a city model that began in 2012 and has generated a sign of identity that has made Estepona a more competitive tourist and commercial destination, with better facilities and more attractive to tourists and entrepreneurs.

He also recalled that this pioneering initiative launched by the City Council has already made it possible to carry out the transformation and renovation of sanitation, service and paving infrastructures, as well as the embellishment of floral and arboreal species in an area of five-hectare action, which has so far required an investment of more than 12 million euros. 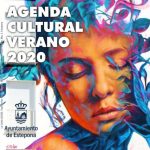