The plenary approves the 2020 general account with all economic indicators in positive figures.

The Plenary of the Society today unanimously approved the General Account 2020. The deputy mayor in charge of economic affairs, José María Ayala, explained that “it has now been six consecutive years that all the economic figures of the city council have been positive.

Among them he mentioned the cash surplus, “which reached its negative maximum with the socialist government in 2009, when it registered a deficit of 63.85 million euros. The government team managed to carry this parameter to a positive result of 5.56 million euros, in the liquidation of 2020”, as the adviser explained. The budget surplus amounts to €20.17 million, budgetary stability to €9.52 million and net savings of €25 million have been achieved.

He also indicated that significant progress has been made with regard to the average term of payment to suppliers, “which fell from 1,492 days under the socialist government in 2011 to 10 days in the second quarter of 2021”; that is, a figure well below the 30 days established by law, placing the town hall at the head of the administrations of Spain that takes the least time to pay its suppliers.

It should also be remembered that the Town Hall of Estepona is up to date in its payments to the companies and suppliers that provide it with services, that it has paid all the services contracted and that it has no debts for this year or the previous years since this government team has been at the head of the town hall.

The adviser highlighted the fact that “the Council has succeeded in laying the foundations for economic recovery. We are talking about economic change, moving from the ruin and bankruptcy in which the socialists left the town hall in 2011 to stability , recovery and investment”. He pointed out that Estepona also leads in public investment per capita in the province of Malaga.

A video of the ongoing projects in Estepona:

The councilor commented that “we must not forget that in June 2011 the bank balance of the town hall was not even enough to pay the salaries of the municipal workers, a situation which contrasts with the bank liquidity displayed in the general account of 2020 , which amounts to more than 40 million euros, after paying the inherited debt and paying the investments made.

The adviser said that “unfortunately” we are still forced to deal with “the mismanagement of the previous socialist government”. Thus, he mentioned the fact that more than 76% of the debt of 304 million euros, inherited in June 2011, has already been paid, placing this debit, to date, at 77 million euros. It should be reduced to 71 million euros at the end of financial year 2021 and to 50 million euros at the end of financial year 2022. “It is remarkable the economic management developed to pay this inherited debt, without raising taxes, only with the responsible use of public economic resources. And this, in record time, which saves significant sums in terms of payment of interest on this debt”, added the municipal councilor, who recalled that every day the town hall spends more than 60,000 euros to repay this inherited debt.

Finally, he indicated that the town hall is up to date with all its legal obligations towards the supra-municipal bodies responsible for auditing the town’s accounts: the Audit Bench, the Court of Auditors and the Ministry of Finance, thus demonstrating “the absolute transparency of local economic management “and the change of attitude “compared to previous governments who never presented it”. This is the tenth consecutive general account rendered by the current society, which is submitted on time and in due form.

EsteponGo, 5th edition of the manga and video games fair 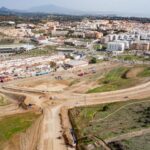