The Peña Blanca car race this weekend in Estepona

The XII Subida Automovilística a Peñas Blancas, which will be held in Estepona from March 19 to 21, was presented today. The competition, which is part of the Provincial Motor Racing Championship III Diputación de Málaga Trophy, will be noted for the Andalusian Mountain Championship of the Andalusian Motorcycling Federation.

As a novelty, this year the event incorporates a new test, called “Subida de Campeones”, which will focus on the popular ascent to the number one mountain automobile – in the form of tourism – of each of the autonomous communities. Thus, during the weekend, the Champion of Andalusia, Humberto Janssons will compete with his Porsche 911 Gt3 CVP; Madrid Champion Francisco Jiménez Bermúdez with his Mitsubishi Lancer Evox; the Champion of Castilla-León and multi-champion of Spain, José Antonio López Fombona with his Lamborghini Huracán; the Champion of Murcia, José Antonio Sánchez Sánchez with his BMW 328i E36; or the Champion of the Canary Islands, Pedro L. Mayol Planchadell with his Norma M20F, among others.

The race was presented by the President of the Andalusian Automobile Federation, Manuel Alonso, and the representative of the organizing company RS Sport, Rafael Arjona.

Estepona will once again become the center of attention of the motor racing world, after racing was suspended last year due to the pandemic. Public attendance in this edition will depend exclusively on the measures announced by the Junta de Andalucía for the days of the event, as they explained today.

The route of this 12th ascent will be the longest in the autonomous championship, with 7.6 kilometers long, a slope of 481 meters, an average gradient of 6.39% and a maximum gradient of 12.39%. The Estepona event stands out in the calendar for its exceptional characteristics and its spectacular character, with a route that requires a good dose of technique from the riders.

Another novelty of this edition is the change of location of the starting point, which this year will be from Guillermo Cabrera street. In addition, unlike the last editions, the work park, the closed park and the permanent office will be located in the exhibition and sports park.

Race development
The competition will consist of a total of six races. Three of them will take place on Saturday and the same on Sunday. Thus, on Saturday March 20, from 1:00 p.m., the official training sessions and the first race will take place and on Sunday March 21, the day will start at 9:00 a.m., with training sessions that will give way to the last two races of the test. The awards ceremony is scheduled for 2:30 p.m.

Due to the celebration of the competition, during the weekend traffic will be closed in the affected areas while the various activities take place. 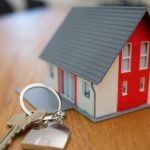